Gertie and Bridget stop for gas 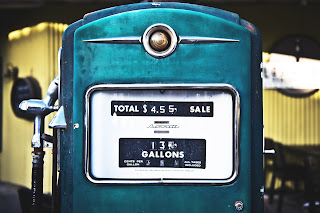 “That gas station is going to get an earful from me when this is all done,” Mrs. Nessing said with the phone on speaker. “Not cleaning up magical graffiti? That’s grounds for a lawsuit!”
“Mom, let’s focus,” Peter said.
“Right. That is absolute nonsense on that mirror, so we’re going to have to try a few things. Are you done cleaning it yet?”
“Almost,” Gertie grumbled, scratching away the last of the graffiti with paper towels.
“Honey, I want you to try a generic release spell in Bendelese. Do you remember it?”
“Yeah,” Peter grinned. “How can I forgot after Charlie got himself locked in one of your Sparkness circles?”
There was a chuckle from the other end of the line. “Focus the spell on Faye.”
Gertie pulled away from the mirror, and Peter placed his palms against the glass.
“Release,” he said in Bendelese.
There was a flash, but when Gertie blinked the light away, Faye was still in the mirror.
“It didn’t work,” Bridget said, holding up the phone for Peter.
Mrs. Nessing swore.
“Mom!” Peter admonished.
“Sorry,” she muttered. “Okay, I’m going to say a spell to you, it’s the logical, nonsense opposite of the graffiti, and...can someone write it down?”
“Yeah, I’m ready,” Gertie said, her notebook still out.
Mrs. Nessing read a spell and Gertie combined writing it phonetically with some of the Bendelese words she knew.
“Cast it the same way as you tried the release,” Mrs. Nessing instructed her son.
Peter took a deep breath, and parroted the spell with his hands against the glass.
Another flash. More nothing.
Faye sighed in the mirror.
The bathroom door opened.
“So I left an ostrich alone with my car while Ernest went to the bathroom because you guys are taking...what’s going on?” Vivien said, staring at the group that had assembled before the mirror. She glanced at Faye, Peter, and the phone. “What spell?” she asked, knowing instantly what had happened.
Gertie wordlessly handed over her phone with the picture of the graffiti that had been washed away on it.
Vivien stared at it with pursed lips.
“It’s a variation on a spirit containment spell, right?” she said. Peter and Gertie looked back at her blankly. “That’s taught in the case of failed necromancy?”
A soft “Oh” came from the phone.
“I mean, it’s not common,” Vivien said, putting her hand on her hip and staring at the phone. “And whoever wrote this switched some symbols around.”
“Yes, she’s right!” Mrs. Nessing said, after what sounded like clicking about on a computer. “All right. Try this.”
Mrs. Nessing transcribed another spell and Vivien approved it. Peter read from Gertie’s notebook one last time, his hands pressed against the mirror.
There was a flash, and this time Faye ended up standing right behind Peter, an exact reflection of where she had been in the mirror.
“Oh thank goodness!” Faye shouted and they winced.
“We can hear you now,” Bridget said.
Faye laughed. “Sorry.”
“Thanks Mom, everything’s good,” Peter said, taking the phone from Bridget.
“Wonderful! Keep sending me pictures of your trip, alright?” Mrs. Nessing said. “And the address and phone number of the gas station?”
“Mom…”
“At least write it down yourself and think about it!”
Peter just sighed in response.
“Fine,” their mother said. “Pass on my love to Charlie, please.”
“We love you too!” Peter and Faye chorused, and Peter ended the call.
“Okay, let’s get back on the road,” Bridget said. She checked her watch. “Ugh. I can’t believe how much time this cost us.”
“You’re right, such a huge time suck. You should have just left me,” Faye said sarcastically.
Bridget almost laughed. “Sorry, it’s fine. Just don’t get trapped in the toilet on our next break.”
Faye’s expression twisted in disgust.
They found Charlie standing next to the car, flapping his wings and making a strange booming noise in his throat.
“I’m fine,” Faye assured him.
“Where’s Ernest?” Bridget asked. “We need to get a move on.”
“He went to the bathroom…” Vivien said, staring back the way they came.
Even from outside the men’s room, they could hear the knocking.