Note: This is a bonus story, titled by a reader. It takes place long before the events of the stories that are otherwise on this website. It is considered canon until another actually-canon story contradicts it. You can see the suggestions for story titles by readers here. Enjoy! 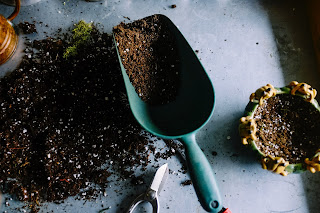 Gertie and Bridget sat in their living room, eyes glued to the TV where puppets were discussing the merits of eating healthy. Only their father was aware of the puppeteers, just off-camera and using their magic to control the characters’ movements.
“That’s it!” Their father Theodore said, and the TV went dark. Gertie and Bridget blinked at their reflections on the screen for a moment, and then turned toward their dad, who had grabbed the remote from where they left it on the couch. “Go play outside,” he said, his face red. If he heard another song about carrots he was going to lose his mind.
“But we don’t want to,” Gertie said. “We want to watch TV.”
“It’s good for you. You need the sun,” their father insisted. He threw the kitchen window open so he could hear them in their front yard, opened the front door, and pointed outside.
Bridget, five years old, was the first to obey. She grabbed the child-sized basketball that she played with and went to take practice shots on the hoop hanging above their garage.
Seven-year-old Gertie stamped her feet as she followed her sister. Their dad closed the door behind them and she flopped down onto the grass and watched Bridget miss most of her shots.
“Remember what dad says,” Gertie shouted at her sister. “Use one of your hands to throw the ball, and the other to balance and aim.”
“I know!” Bridget said back, despite clearly using both of her arms to chuck the basketball into the rim of the hoop.
Gertie leaned back and began digging her hand into the grass. She started by pulling up blades and watching them float away on the warm breeze. Then her fingers went deeper, pulling up the dirt and starting a rather satisfying hole.
“What are you doing?” Bridget asked, sweating a bit and dropping to her knees next to her sister. Then she saw the hole. “Gertie! Mom and Dad are going to be so mad!”
“What? He wanted us to play! I’m playing!” Gertie said. The hole was getting deeper, and she grinned at the feeling of the dirt between her fingers.
Then she hit something.
“Hey!” she said, pulling her hand out. “What is that?”
Bridget peered down the narrow hole. Her enchanted eye let her see things that weren’t there, including spells or magic in other items.
“I dunno,” Bridget said, peering at the strange aura around the dirt-covered shape. “But it looks magic!”
Gertie’s eyes lit up. “Really?”
She ran to the side of the house, where their mother kept gardening supplies for the backyard. She grabbed two shovels, one taller than her and one hand-held, and brought them back to Bridget.
“Come on! I bet it’s treasure!” Gertie said.
“Treasure?” Bridget repeated, unsure. She took the trowel Gertie offered and dug half heartedly into the ground.
Gertie nodded.
“I bet a pirate enchanted a chest so it can’t be opened and buried it here!” Gertie took the huge shovel and stuck it into the ground next to where Bridget was making progress. She took a whole mess of dirt out and threw it behind her.
“Wow!” Bridget said, getting deeper with her shovel. “There must be something really cool in there! How will we open it?”
Gertie rolled her eyes. “Mom’s enchanted lockpicks. Duh.”
“Right,” Bridget said, embarrassed at having forgot.
Gertie stuck her shovel back into the hole and heard it hit the object they were trying to dig up.
Rust-resistant spells on sprinkler lines combat a lot of things, but a sharp shovel isn’t one of them. The pipe broke and water began shooting high in the air and creating a geyser.
The water rained down over Gertie and Bridget, soaking them within a matter of seconds.
“Hm…” Bridget said, staying calm. “I don’t think it’s treasure.”
“Gertie! Bridget!” came the shout from their father, barreling outside. He took in the mud, the water spout, and his soaking daughters with a mouth hanging open in shock.
Gertie shrugged, close to tears from shame. “You told us to play outside?”
Theodore did the only thing he could. He laughed, and kneeled to hug his worried daughters. “Don’t worry about it. I’ll turn off the pipes and call the water company and they’ll be able to magic it back to normal.”
Gertie sobbed and he lifted her chin.
“Your mother did this same thing when she was putting together her garden,” he informed her. “It will be fixed before you know it.”
Gertie nodded.
“Now get back inside and get cleaned up before you do any more damage.”
Bridget grinned. “Outside, inside, make up your mind!”