Gertie and Bridget take a test 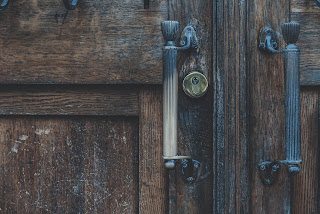 “Hey, Ernest,” Charlie Nessing said, gesturing for Ernest to join him and his brother Peter on the side of the classroom as everyone packed up to leave the latest Magic Club meeting.
“Yeah?” Ernest perked up and hurried to put away his things. He and the Nessing brothers had developed a shallow friendship within the Magic Club, but asking to talk to him after? That was new territory.
Charlie peered over at Mr. Jerson, the Magic Club faculty advisor. He wasn’t paying attention, but even so, Charlie tilted his head to indicate that they should leave the room.
Ernest followed Charlie and Peter down the hall, and Gertie, Bridget and Vivien stopped to wait, watching the three boys.
Charlie took a deep breath. “I was hoping you could help us with something.”
Ernest tried to show concern, instead of delight at being asked. “Help you with what?”
Charlie jolted at Ernest’s volume. At the word ‘help’, Gertie, Bridget and Vivien edged closer.
“The Flories School Exit Exam is coming up,” Charlie said, keeping his voice low. “Headmistress Clearwater told Peter that if he doesn’t pass it, he’ll be held back from graduating and will have to take summer school.”
Peter nodded grimly, standing at his brother’s shoulder.
“Really? You’ve only been here a few weeks.” Ernest said.
Charlie nodded. “I’m aware,” he said bitterly.
“That sucks,” Ernest said.
“That can’t be fair,” Gertie interjected, coming up behind Ernest. Vivien and Bridget followed her. “Did your parents try calling the headmistress?”
Charlie frowned, not making eye contact. “We talked to them. They said he should ‘study hard’.”
“I’m sorry,” Gertie said.
“I’ve already been admitted to Wespire U. If I don’t pass, they might...” Peter let his head hang. “I’m not the best test taker. Especially with that sort of threat hanging over me.”
“It’s such a stupid test,” Ernest grumbled. “I failed the last two years and have to take it again. I’ll probably end up in summer school too.”
“Wow, I didn’t know it was that bad,” Gertie said, looking worriedly at Bridget. “This is our first year at Flories, so we have to take it.”
“At least you’ll have more chances,” Ernest said.
Vivien, who had taken the F-SEE her sophomore year and hadn’t had much of a problem passing at her first attempt, bit her bottom lip and kept silent.
“I mean,” Ernest continued. “It’s just not fair. If I pass my classes, I should be able to graduate, right? Why should I have to keep taking the test until I scrape by?”
“Well,” Charlie said, pushing his thick-rimmed glasses up his nose. “What if we knew we were going to do well this time?”
Faye Nessing, Peter and Charlie’s younger sister, suddenly ran out of the classroom and pushed her way into the circle.
“I can hear what you’re saying in there,” she muttered. “Mr. Jerson was on the phone, but he’s coming now so-”
“I mean,” Peter suddenly said, seeing over Faye’s head that Mr. Jerson had entered the hallway. “If they kept the pool any colder during practice, my fingers would fall off. And that wouldn’t heal so easy, you know?”
“Yeah, you’d need an even more expensive charm to heal something like that,” Charlie said, good naturedly nudging his brother.
Peter laughed and played with the necklace around his neck. Bridget had noticed it had an enchantment on it; a healing spell would explain why they had seen him mend so quickly after getting in a fight.
“Have a good night, you guys,” Mr. Jerson said, waving as he headed in the opposite direction.
“You too!” Charlie replied with a grin. As soon as Mr. Jerson was gone, Charlie lowered his voice considerably. “Ok, so-”
“I don’t have to take the test until next year, and I have some homework and healing to do,” Faye interrupted. “If you get caught, make sure to mention I wasn’t involved.”
As the youngest Nessing sibling stalked off, Gertie and Bridget turned back to Charlie.
“Get caught?” Gertie repeated.
“What is she talking about?” Bridget asked.
“Headmistress Clearwater has the test booklets and the answer keys in her office,” Charlie explained, looking at Ernest. “After the way you handled the lock on that trick box, I was thinking you wouldn’t have any trouble getting us in. We grab a booklet and an answer key and we’re golden!”
Charlie and Peter nodded at Ernest, their expressions pleading.
Ernest took a deep breath. “Well…”
“I don’t think that’s a good idea,” Gertie said, putting a hand on Ernest’s shoulder.
He didn’t move when she pulled. “Ernest, you’re not a cheater-” she started.
“Neither are we!” Charlie protested. “But think about what’ll happen otherwise!”
“What will the headlines say?” Peter asked. “‘Mayoral candidate Felix Nessing’s children fail out of school’?”
“I mean, by that logic,” Gertie said. “Can you imagine the same headline if you get caught stealing?”
“Oh come on,” Peter scoffed. “Like you’ve never used magic to pull one over on non-practitioners.”
Gertie and Bridget couldn’t argue with that.
“Besides, do you really want to stay here any longer than you have to?” Charlie directed this at Ernest. “We can’t do it without you.”
“I think we’re just going to go grab some dinner,” Vivien said sternly.
Gertie tried pulling Ernest away again.
“I’m in,” he said, yanking his arm away from Gertie. He wouldn’t meet their gaze as they stared in disbelief. “I’ll just grab my ukulele from my dorm. My magic will be more powerful that way.”
The Nessing brothers and Ernest walked towards the dorms, talking about the extent of Ernest’s musical magical gifts. Bridget, Gertie and Vivien watched them go.
“Pastapolis?” Bridget suggested.
“Yeah,” Gertie said, trying to push the feeling of betrayal down. “I’m starving.”

The next morning, on their way to breakfast, Gertie, Bridget and Vivien took a detour to Lonaickey Hall, the administrative building on campus. Gertie had a form that needed the Headmistress’ signature in order for her to to receive credit from an online course towards her enchanting apprenticeship license. Technically, the Headmistress’ administrative assistant, Toby, didn’t work on the weekend. But he was behind on paperwork and had told her he would be in the office and that Gertie could stop by.
“Plus,” Bridget had said, “We can see if the Nessings left any evidence.”
The building sure looked empty, despite the front door being unlocked.
The three girls passed the Headmistress’ office in order to go to the receptionist’s desk.
“I don’t see anything,” Gertie said, glancing around the surrounding hallway.
“Hey! Gertie! Is that you?” came a whisper.
Gertie paused, sharing a glance with Bridget. “Ernest?”
“Yeah!”
“Where are you?” Bridget hissed.
“Headmistress’ office!” came the anxious reply.
The three girls descended on the hallway door with “Headmistress Clearwater” printed in gold lettering on it.
“I thought you’d be long gone with the answers by now,” Gertie hissed back.
“We couldn’t!”
The door was ajar, and Bridget pulled it all the way open.
“Well, look at that,” Bridget said smugly. It was too good.
They were all trapped.
Ernest was covered in large, sticky spiderwebs, stuck against the very door Bridget had pulled open.
Peter was rolled up in the Headmistress’ dusty old rug, looking like a baby that had been thoroughly swaddled.
Charlie had managed to avoid both traps. He had failed, however, to notice that the cabinet was also enchanted, and it had sprayed him with a sleeping potion. He now snoozed with his face pressed against a half-open drawer, his glasses on the floor.
“Oh, did we forget to tell you that Headmistress Clearwater actually believes in magical security?” Gertie said. “Whoops.”
“Look, Gertie. We’ve been here all night,” Ernest said.
“We didn’t even take the answers,” Peter added.
“Just get us out of here so we can go home!” Ernest pleaded.
Charlie let out a rather loud snore.
“I don’t know,” Gertie said. “You being stuck here the rest of the weekend might be just what you need to realize that-”
“Oh, come on, Gertie.” Vivien good-naturedly pushed past her to investigate the webbing encasing Ernest. “It looks like a classic Spicron hunting enchantment. Just look up the release spell.”
Gertie huffed, but pulled out her phone.
“And that’s just an enchanted rug,” Vivien said. She fingered a thread pulling away from Peter’s trap. “Bridget, do you have any-?”
Bridget pulled a utility knife from her bag and opened the scissor attachment.
Vivien cut the thread, and the charm on the rug released, allowing Peter to wriggle himself free.
“You owe me two hours of sitting and charging my keychains,” Gertie informed Ernest as she drew on her stored power. She spoke the magic words that the online encyclopedia article said would release a Spicron enchantment.
The webbing melted away, leaving a large amount of white goop on the Headmistress’ carpets.
“That’s not going to be easy to clean up,” Peter said as he stood and stretched. His forehead was badly bruised from when he hit the floor, but faded as Bridget watched the magic on his necklace spark. He reached down and picked up his younger brother, hoisting him over his shoulder, and hung his glasses from his shirt collar. “Come on. I’m sure Faye can figure out what happened to him.”
The sound of the building’s front door opening as they left the Headmistress’ office made them all freeze.
“Back door!” Bridget hissed.
Vivien twisted the lock on the inside of the doorknob and pushed the Headmistress’ door closed. Everyone ran through the hallway, going for the back door that exited into the school’s parking lot.
Except Gertie, who walked in the opposite direction.
“Good morning, Toby,” Gertie said, as she entered Lonaickey’s lobby from the side hallway. Toby, Headmistress Clearwater’s assistant, smiled in greeting.
“Got the form?”
“Right here.” Gertie pulled the envelope from her back pocket.
“Great. I’ll have Abigail sign it first thing on Monday and I’ll send it in for you. Have a great weekend!”
“You too!” Gertie hesitated. “I mean, even if you’re working, I’m sure-”
“I know what you meant.” Toby smiled and headed to the Headmistress’ office.
Gertie made it out of the front door before she heard the shouting.
“I’ve told her a thousand times this would happen!” Toby groaned, seeing the mess that the Spicron trap had left. “What’s wrong with cameras? Why all this magical nonsense? There’s nothing even here! A mouse probably set it off!”
Bridget, Vivien, Ernest, and Peter, carrying Charlie, joined Gertie as she walked away.
“I hope you’ve learned your lesson,” Gertie said.
“Of course we have,” Peter assured her.
Ernest nodded, looking guilty that he had even attempted to cheat.
Vivien smiled. “Good.”

A week later the F-SEE grades were posted. All the students who had taken the test crowded around the bulletin board, trying to see if they passed, and where they had ranked among other students.
Gertie and Bridget were relieved to see that they both had P’s next to their names. Bridget was even high up on the list.
Then they saw who was at the top.
Ernest and the Nessing brothers were hanging out across the hallway by the water fountain, watching the crowd with amusement without even glancing at the list. Why would they? They knew what they got.
Gertie and Bridget strode over furiously, ready to let loose a verbal lashing. Ernest, at least, had the decency to look ashamed.
Before the sisters could start, Charlie managed to take all the wind out of their sails.


“Thanks for your help,” he said with a grin.