Gertie and Bridget join a club 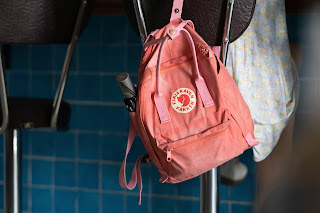 “COME JOIN THE MAGIC CLUB,” read big, bold letters on a flyer pinned to the dorm bulletin board, impossible for Gertie to miss even before her morning tea.
Meeting in faculty sponsor Mr. Jerson’s room, Haste 209, Fridays from 4-5. Don’t have to bring anything but yourselves! Sincerely, Club President Charlie Nessing.

After everyone left, Charlie gathered up the box and the discarded twine.
“That’s the first time anyone’s figured out it was a cheap gag,” Charlie mumbled.
Peter nodded. “But, come on, it wasn’t that bad,” he said. “We found some talented classmates. I think we could have a lot of fun while we’re here. And two Mallons and a Yilnog? We hit the jackpot.”
“There’s something great about this pit of a school after all,” Charlie agreed. “If they can be persuaded to bend the rules.”
Faye picked up the rabbit, holding him in one hand and her textbook in the other. “You guys need to be more careful. The Potions teacher probably knows that someone magicked those bullies to be sick. He’ll be on the lookout for who.”
“They deserved it,” Charlie muttered. “Magicaless oafs.”
“If you get in trouble again and it gets back to dad, we’ll never hear the end of it,” Faye warned.
Peter scoffed. “We don’t make trouble, it finds us.”
Charlie smirked. “For now.”