Gertie and Bridget go on holiday 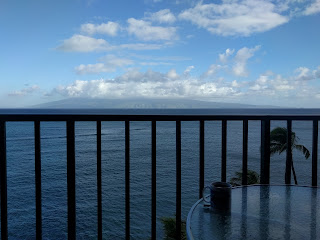 Bridget heaved her suitcase onto what she declared “her” bed and dropped herself down next to it. She threw her sweater (which she had been forced to remove in the airport due to the heat) onto the floor, and let out a long, contented sigh.
“Thanks for the offer, sis, but I got this.” Gertie said sarcastically as she dragged her suitcase into their room and left it at the foot of her bed. In her other hand was a black and white portable hatbox, and inside sat her most prized possession - her storage hat. Using magic, it held her entire collection, stored in rows and rows of individual hat boxes.
“You’re fine,” Bridget responded, and unzipped her suitcase to change into shorts.
Spring in the family’s home state of Tornstead was barely warmer than winter, and for this reason the family took the time to escape the chilly weather and bask in the sun of Lucembrine. The island state was famous for its beaches and sun, aquariums for the young, and wine tasting for the adults.
The cottage they had rented had a full kitchen, two bedrooms (“If you start snoring again, I won’t hesitate to throw a pillow at you,” Gertie had told Bridget. “Like it would reach,” she’d retorted with a playful grin), two full bathrooms, a kitchen, and - most importantly - a beach right out the back door.
“A TV!” Gertie declared upon opening the ornate dresser that was taller than she was. She sat on her bed and clicked it on.
Theodore Mallon, their father, walked into the room to find his daughters watching an episode of a pirate cartoon.
“Did we really travel all this way just for you two to watch TV?” he asked.
“It’s Lucembrine TV dad!” Gertie protested.
“It’s totally different,” Bridget added jokingly.
He sighed. “Isn’t that what you do when you’re at school?”
“At school we do homework.” Bridget said, rising up on her elbows to get a better angle of the TV. “And basketball, and studying.”
“And magic,” Gertie added.
Their dad rubbed his forehead. “Do I have to hear about that here?”
“Well,” Gertie explained. “We don’t have a TV at school.”
Eloise, the girls’ mother, slipped into the room and put her hands on Theodore’s shoulders. “Can’t we just have a nice family vacation?” she asked everyone.
“That’s what we’re here for,” the girls said in unison and laughed.
“We’re going to get settled in,” Eloise said, pulling her husband out the bedroom door before he could protest again.
A dog appeared in the cartoon, barking in the sunlight on the pirate’s ship.
Bridget sighed. “I miss Ziggy.”
“Yeah, well, he wouldn’t be able to cross the ocean,” Gertie said. Ghosts always had problems with salt, even when dissolved. It was why Ziggy, their ghost dog, hated popcorn and pretzels. “Besides, dad would blow a gasket.”
“So would the government of Lucembrine,” Bridget pointed out.
Gertie shrugged. “Dad’s scarier,” she joked.
The TV flickered and the lights in the room dimmed for a minute.
“Mom!” Gertie shouted. “There’s something wrong with the TV!”
“And lights!” Bridget added.
Their dad appeared in the door again.
“Yes, that’s why we got such a good deal,” he flapped the shirt he had been in the middle of hanging, trying to get rid of the wrinkles. “Apparently there’ve been some intermittent electrical issues. Nothing dangerous, of course.”
Gertie balked. “We’re all gonna die.”

Later that evening, after returning to the house from a nearby aquarium, Gertie was enjoying the second to last book in the Flowers of Dark Meadow series, and Bridget was scrolling through the latest in sports news, when her skin itched in the way that meant something magical was nearby. She scanned the room, looking to see if there was something her spelled left eye could see that her normal right eye couldn’t.
And there it was.
“Gertie…” she said, closing her laptop.
Gertie shushed her. “I’m at a good point let me just-”
“Gertie.”
“I have to finish this chapter-”
“GERTIE!” Bridget shouted, pulling the book from her hands.
“Ok, ok,” Gertie sat up. “What?”
“There’s a ghost in here.” Bridget flicked her eyes back to the corner of the room. The spirit glared back at her, his ghostly form shivering in anger. “One on the verge of becoming a poltergeist from the look of it.”
Gertie sighed and grabbed her laptop from her backpack. “Ok, let’s hope the wifi doesn’t crap out on us.”